Here's a breakdown of a project I did for Google Play Movies. They needed to create a photoreal VR environment for viewers to watch the Play Movies video library on a virtual screen. My friend Brian was the lead programmer and wanted to show a proof of concept. The idea was to create a pre-rendered, stereoscopic 360 degree room with three distinct lighting conditions: fully lit, dimmed and screen lit. The code would sample the video frames during playback, average the hue/saturation/brightness from the video and modulate the screen lit graphic on top of the dim graphic to make it appear as if the light from the video screen was affecting the room lighting conditions. It was a clever idea and we had about a month to test it out. Here's how we got it done:

First, I had to give Brian something to experiment with ASAP. I needed to figure out how to render a 360 degree image for both left and right eyes from 3ds Max, and Brian had to get the spherical mapping working.

Next, we had to decide on the interior design. I'm a huge fan of the architect John Lautner, so I proposed something like his work: 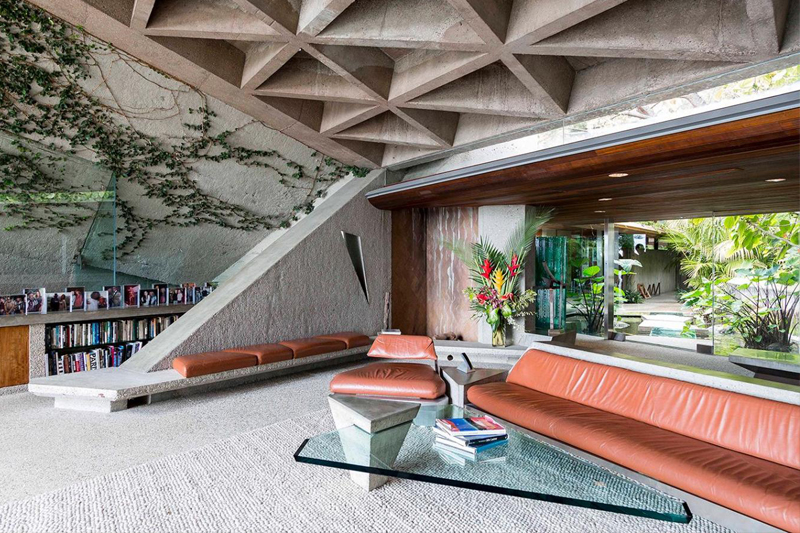 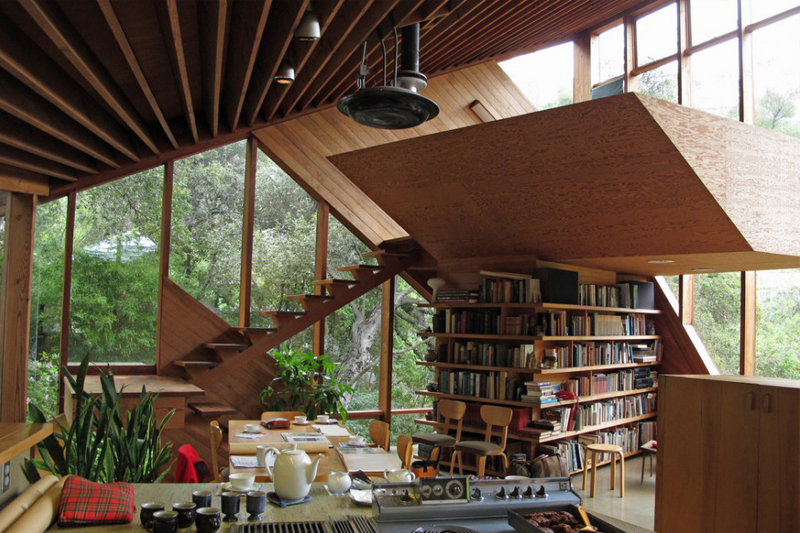 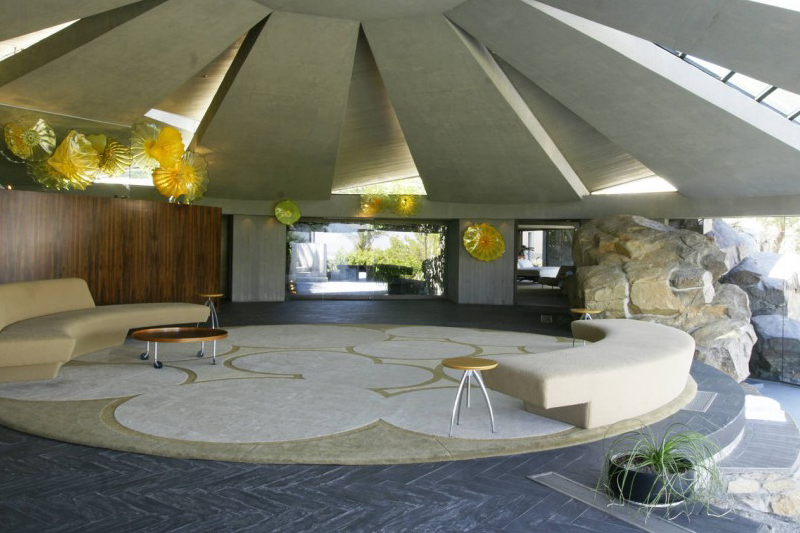 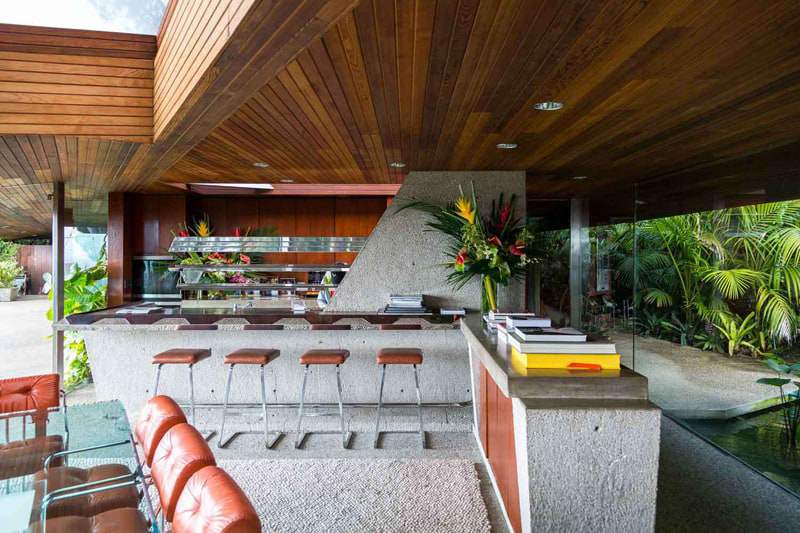 I came up with a floorplan sketch and basic screen viewing distances/dimensions: 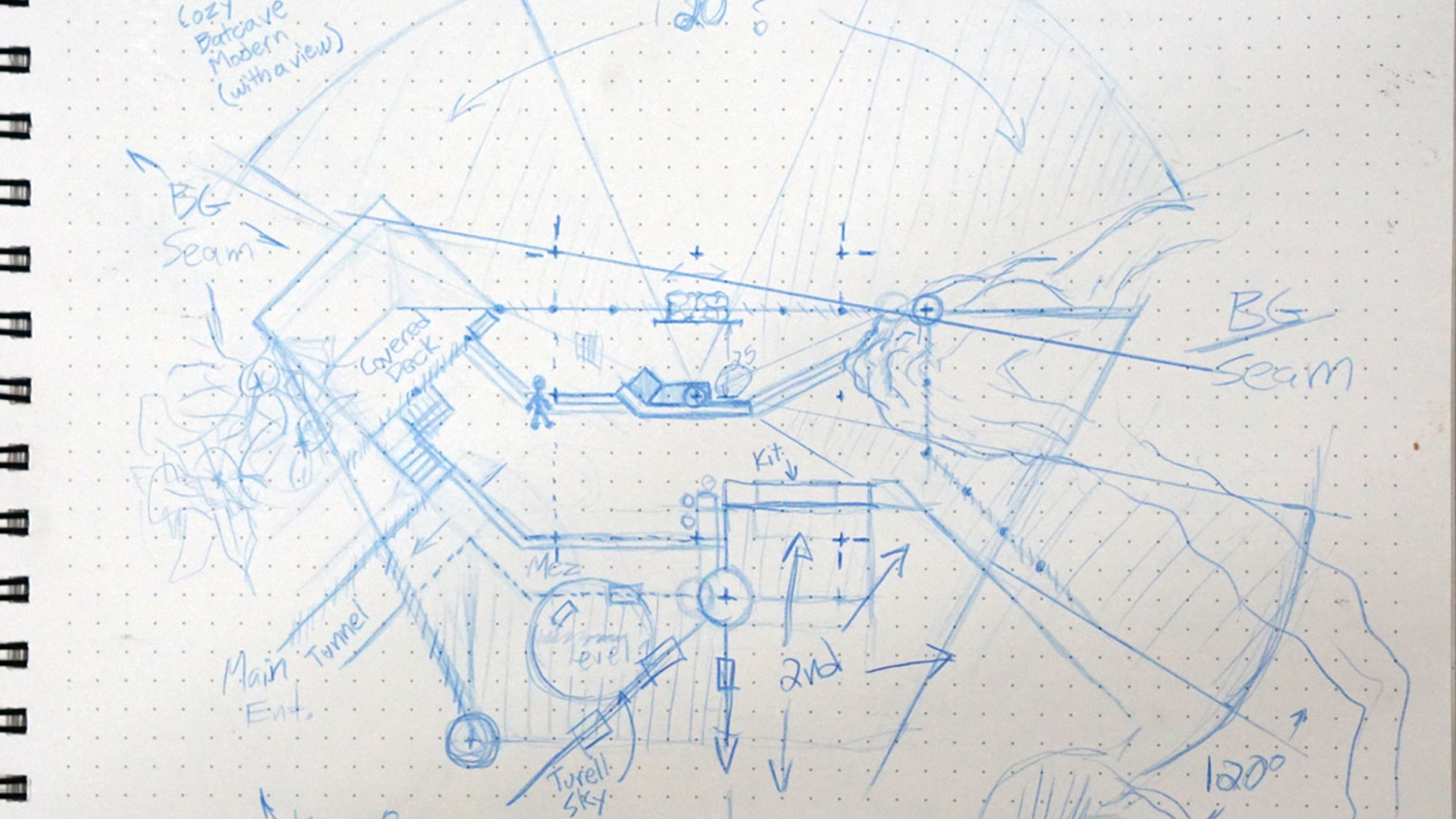 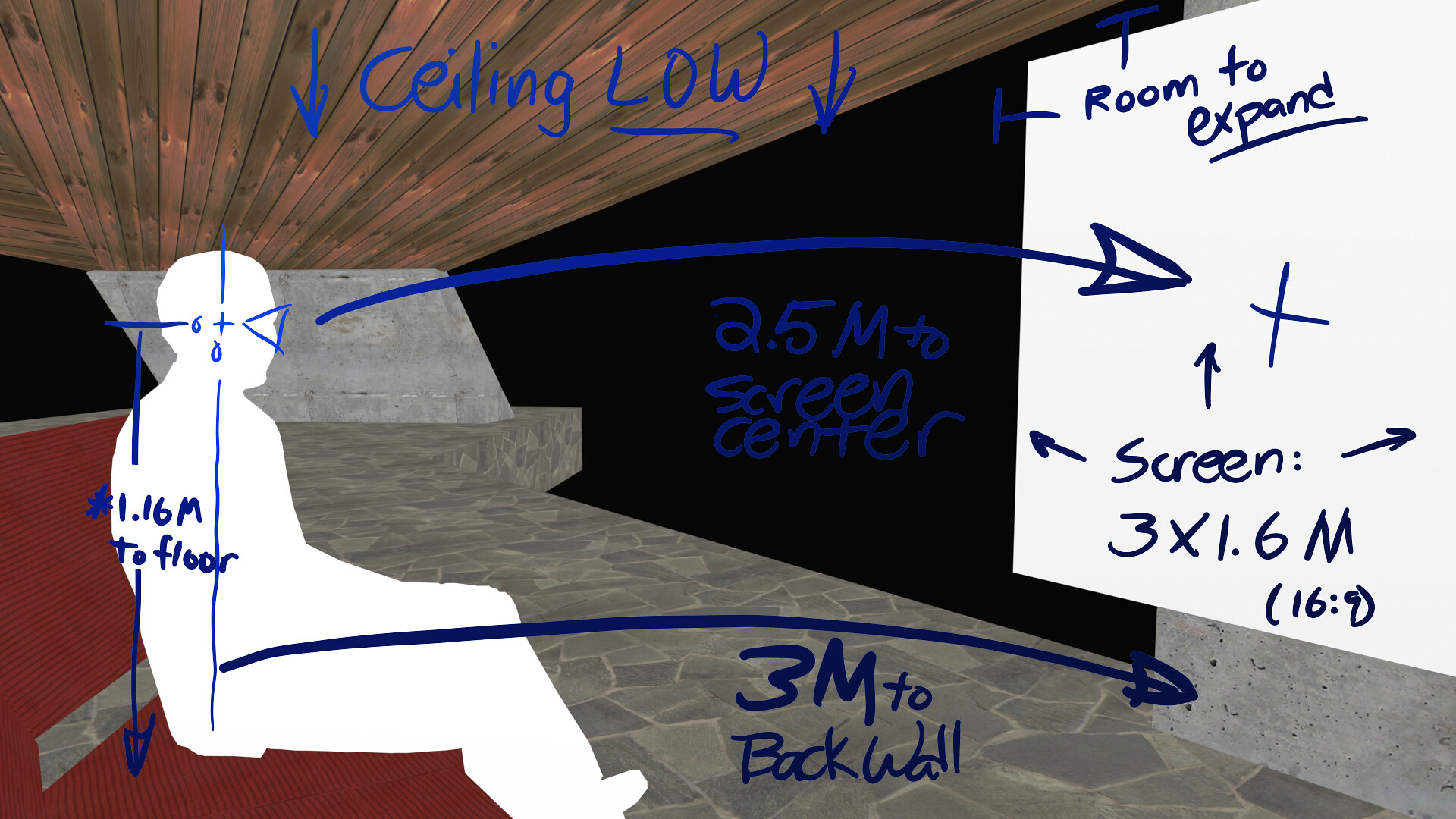 One of the challenges was to calibrate our respective units of measurement so that Brian's virtual screen would appear in the correct location on top of my render. I gave him a WIP reference image with locator objects to test out:

Final images were at 4k for each eye and took eight hours each to render. The lighting effect worked exactly as planned and made the entire environment come to life.

Senior management were impressed with our work and authorized us to continue by creating additional environments. Here are some of the results and a couple of goofy experiments:

One of my favorite interactive projects was with Secret Plan Studios and Disney Imagineering. We were hired to do the animation for the "Hitchhiking Ghost" feature at the end of the classic Haunted Mansion ride. The original version which still exists at Disneyland in California uses animitronic ghosts and a old parlor trick called Pepper's Ghost. The new version is at the Magic Kingdom in Florida and uses a realtime game engine to make the ghosts interact with people on the ride. It is a complicated setup using three video capture cameras and six projectors all synched together. Here are the characters we animated in Maya and integrated into the proprietary 3D engine:

Here is a great fan video of the actual ride: